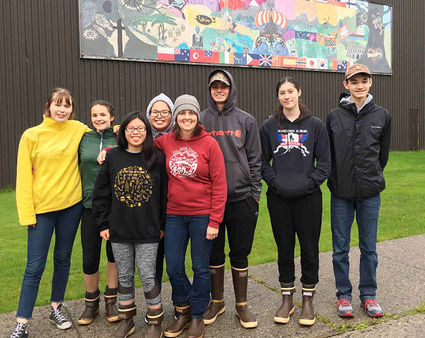 Members of the Wrangell High School Swim Team went to Petersburg last weekend to compete in their first meet of the season against 102 swimmers from several other schools in Southeast Alaska.

The Wrangell High School Swim Team went to Petersburg on Aug. 31 for their first meet of the season. According to Coach Jamie Roberts, the team competed against over a hundred other swimmers from six other teams from Petersburg, Craig, Juneau-Douglas, Kayhi, Thunder Mountain, and Sitka. Over the two days of competition, the team accrued 157 points, according to Roberts. This put them in sixth place out of seven. However, Roberts said that she was happy with how her swimmers did.

"I was happy, we had three of our swimmers that this was their first ever swim meet they had competed in. And som...