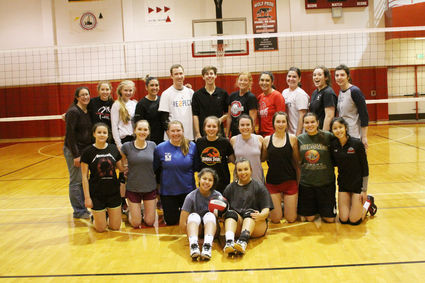 Members of the Lady Wolves and the alumni team after the game.

The Lady Wolves volleyball team held its annual alumni game last Wednesday, the day after Christmas. The game brought together current team members and former players to compete in a fun three-out-of-five tournament. Before the game began, however, current members of the Lady Wolves were recognized with a series of awards. Many teammates had earned recognition during the past season, in which they took second place in regionals and rode out an earthquake during the state tournament in Anchorage, but Coach Jessica Whitaker wanted to give team awards to her players.

Everyone present for the...