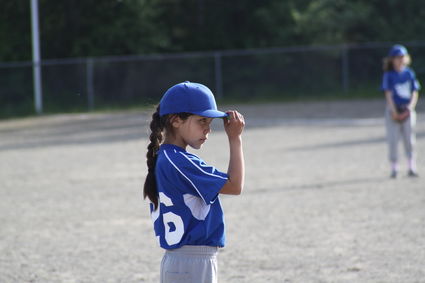 Sharks player Kourtney Johnson (No. 26) at third base.

It was more of the same for the little league's minor league division last week: The Sharks lost, the Bears won, and the Rays did both. The Rays faced off against the other two minor league teams last week, claiming a win and a loss.

The first game, between the Rays and the Sharks, took place on Tuesday, May 21. The Sharks have had a rough season, still chasing after their first win. While they made four runs during the game, and showed a lot of grit on the field, it was not enough to keep up with the Rays' 10 points. Rays Coach Bella Crowley she was proud of the team's performance.