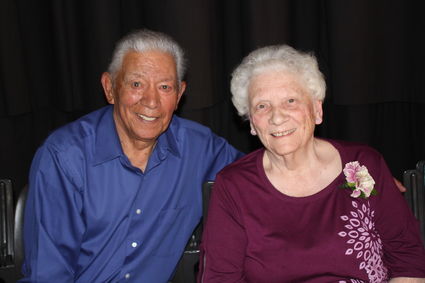 With old-time music playing in the background, and friends and family all talking and laughing together, Pastor Kem Haggard of Harbor Light Assembly of God welcomed everybody to the Diamond Club Celebration. The party, hosted at the Nolan Center, brought together eight Wrangell couples who were the guests of honor for the evening.

A married couple's sixtieth anniversary is also known as the "diamond anniversary," as the couples are traditionally supposed to buy each other

diamond jewelry. Haggard and other community