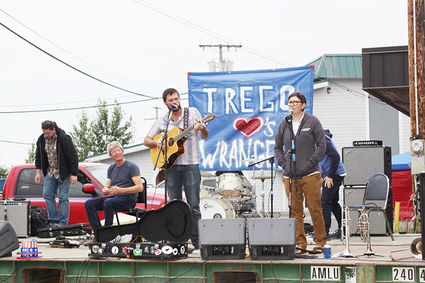 The band Trego performing during the block party on July 3, near the downtown pavilion.

The annual third of July fireworks show was cancelled this year, according to a press release from the City and Borough of Wrangell. This decision was made after borough officials, members of the police department, and the fire department determined that with the ongoing concerns of a water shortage in Wrangell, and drought conditions across the Southeast Alaska region, a large fireworks show was unwise.

Borough Clerk Kim Lane went into a little more detail on the decision. She explained that the city's water reservoirs were going down due to a lack of rain in the area. On top of that, on...