How much wood could a Chuck Oliver Logging Show chuck? 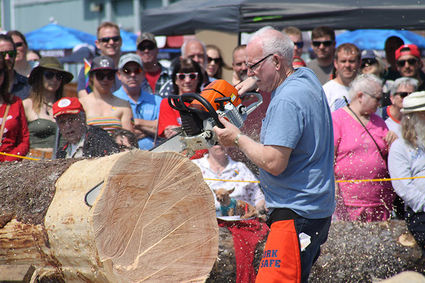 The roundabout near City Dock was blocked off July 4, for the 45th Chuck Oliver Logging Show. The logging show has been a staple of Wrangell's Independence Day celebration since it was first organized by Chuck Oliver in 1975. Chuck and his son, Randy, have been heavily involved in the logging show off-and-on for many years. With Chuck passing away in March this year, and Randy announcing that this would be his final show before retiring, many Wrangellites came out to see the close of this particular chapter in the community's history.

"With the logs, site and tools picked up, my final year...