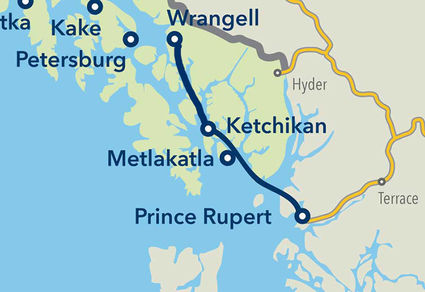 The Wrangell Borough Assembly met Tuesday, Sept. 10, to discuss, among several topics, the recent announcement that the Alaska

Marine Highway System would stop traveling to and from Prince Rupert on Oct. 1. Mayor Steve Prysunka, who called into the meeting via teleconference, said that he has been in contact with the offices of Senator Lisa Murkowski and State Representative Dan Ortiz and has tried his best to stay on top of the situation. The reason for the closure, he explained, is that American customs officials are not allowed to carry weapons in Prince Rupert, as it is Canadian territ...