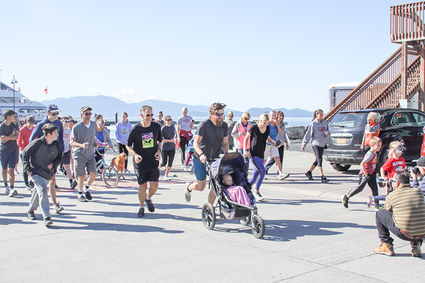 Southeast Beasts, Wrangell's local running group, decided to host their annual Fall Fun Run a little early this year to support the high school swim team, who is looking to raise a total of $5,000 to cover expenses this season. Over thirty members of the community, including several members of Wrangell's cross country and wrestling teams, came out to run in support of the swim team. According to Lucy Moline-Robinson, with Southeast Beasts, there were over 30 people who ran last Sunday afternoon, from the Stikine Inn, around the nature trail at Volunteer Park, and back. There was also a random drawing for a $100 cash prize at this event, which was won by Mariah Carney. In total, according to a Facebook post by Southeast Beasts, about $600 was raised for the swim team.