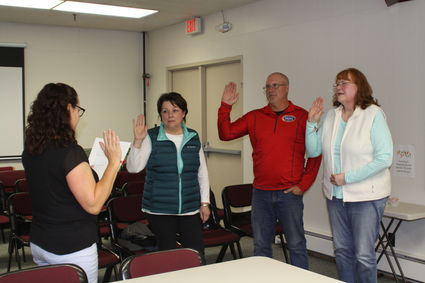 With the final votes tallied by the canvass board earlier that morning, the Wrangell Borough Assembly met last Thursday, Oct. 3, to confirm this year's local election. There were several positions open for election on the assembly, school board, and an open seat on the port commission in the election on Oct. 1. The public also voted on a proposition to remove the Wrangell Medical Center Board from the city's charter. In total, there were 365 votes cast on election day, plus an additional 41 absentee ballots.

The final election results followed the preliminary results in all races except one...