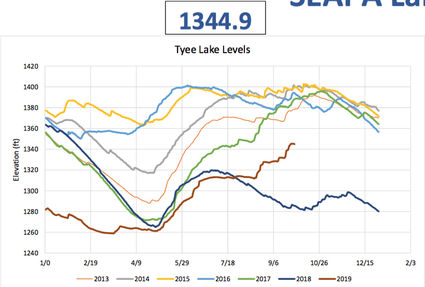 The dark red line shows the Tyee Lake water levels for 2019. The water level in the lake began moving towards normal lake levels as seen in 2013 through 2017 in late July.

If water were to stop flowing into Tyee Lake and the hydro plant had to produce power with the 1,345 feet of water it has n...