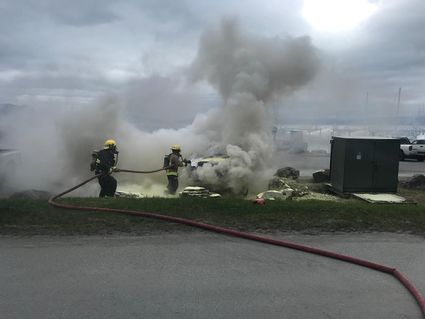 A vehicle caught fire at Heritage Harbor last Monday morning, April 20. Dorianne Sprehe, with the Wrangell Fire Department, said they received a call about the fire at 10:26 a.m., and were on-scene by 10:30 a.m. A Ford F-250 had caught fire, Sprehe said. Members of the Wrangell Harbor Department had made it onto the scene before the fire department, she said, and had tried to put out the fire with a dry chemical extinguisher. The fire department managed to put out the fire completely and were back at the station by 10:50 a.m.

Sprehe said that the fire appeared to be caused by an electrical...