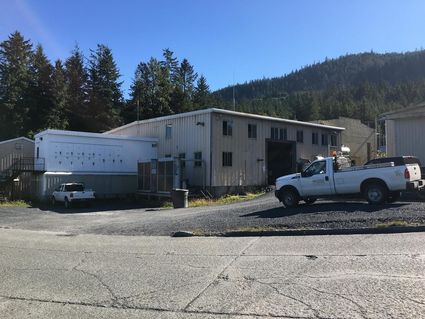 The Wrangell Municipal Light and Power building, which houses the city's diesel generators.

There was a power outage across the city last Thursday afternoon beginning a little after 4:20 p.m. The Wrangell Volunteer Fire Department was called out to the municipal light and power building shortly after the lights went out, with what appeared to be smoke coming out of the building. There was no fire, however, and power was restored to the city around 5 p.m.

Wrangell Municipal Light and Power Director Rod Rhoades explained that a radiator fan motor seized up, which caused the 2.5 megawatt generator to overheat. He added that the generator is designed to shut itself down if it overheat...