Neiman Marcus settles lawsuit over its misuse of Native design 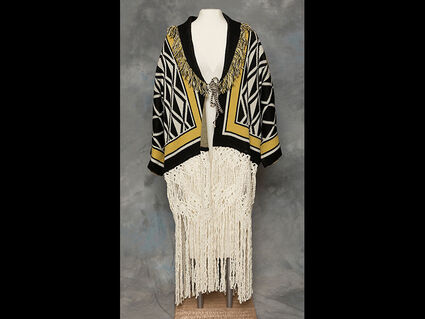 The Sealaska Heritage Institute and luxury department store Neiman Marcus have settled a lawsuit over the store's marketing of a coat with a copyrighted, geometric Ravenstail design taken from Tlingit culture. The institute said it has agreed to work with Neiman Marcus and 11 other defendants to resolve the issue "under Tlingit law and cultural protocols."

JUNEAU (AP) – The Sealaska Heritage Institute and luxury department store Neiman Marcus have settled a lawsuit over the sale of a coat with a copyrighted, geometric design borrowed from Indigenous culture.

The Southeast Natives cultural organization said in a statement March 3 that both sides, including 10 other named defendants besides Neiman Marcus, agreed to terms "to resolve all disputes between them under U.S. and Tlingit law," Juneau public radio station KTOO reported.

The institute is the cultural arm of the Sealaska Corp., the Native corporation for the Tlingit, Haida and Tsimshia...