Anti-mask state senator takes to the highway after airline ban 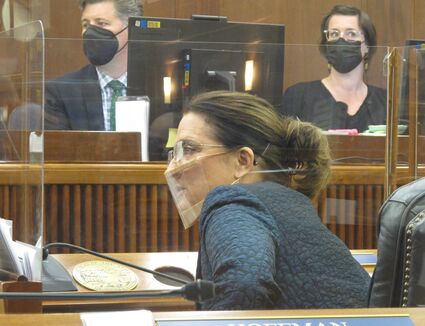 State Sen. Lora Reinbold was at her desk in the Senate on Monday after returning from Anchorage to Juneau by highway and state ferry via Haines. Alaska Airlines had said she was not permitted to fly on the carrier for what the airline said was her "continued refusal to comply with employee instruction regarding the current mask policy."

"We have notified Senator Lora Reinbold that she is not permitted to fly with us for her continued refusal to comply with employee instruction regarding the current mask policy," spokesman Tim Thompson said in a prepared statement Saturday, adding that the suspension was effective immediately.

Reinbold, an Eagle River Republican in her ninth year as a state legislator, is one of more than 500 people banned by Alaska Airlines for refusing to wear a face mask while...