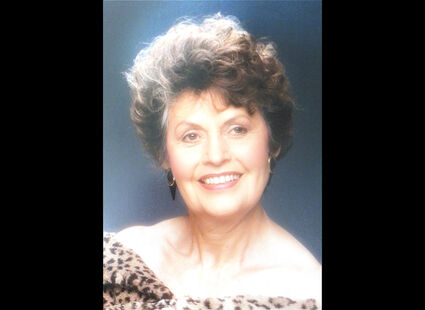 Wilma was born to David and Rebecca Churchill on June 25, 1928, in Craig, Alaska, Prince of Whales Island. She was the eldest of five children. Wilma enjoyed village life during a time when traditions of both tribal and small Alaska towns honored their elders and graciously respected individual rights. Wilma was an advocate for Alaska Native civil rights. She was of the Haida Nation, Raven Moiety, Yak-Laa-Naas Clan and Double Fin Killer Whale House. Wilma was a member of the Alaska Native Sisterhood and served God and country by being an active member of the American Legion Auxiliary. She served in prominent positions while serving in both organizations.

Raised as a Christian, her life was always guided by Christian principles giving her the strength to withstand the challenges she faced throughout her life. A pillar of strength to her family during the death of her sons David and Rick. She set an example dealing with this enormous grief with strength and dignity. Her challenges included raising her large family. She often said, "I am going to live to be one hundred years old to get back at you girls!" She almost made it! Wilma lived an eventful and blessed life until God chose to bring her home at 92.

She attended Wrangell Institute, one of two boarding schools established by the federal government for Alaska Native students. Craig did not have a high school and Wilma attended high school in Wrangell. It was at a Wrangell Institute Freshman Frolic dance where she met her future husband. Dick Stokes had just joined the Navy and was scheduled to ship out. The school made an exception and allowed enlisted service members to attend the dance and Wrangell high school graduates were invited to the dance. "Go Wolves!" The minute Dick laid eyes on Wilma, he thought "that's the girl for me!" This is an actual quote. A Christmas card later, mailed from New York by Dick to Wilma, sealed the deal and the couple were married upon Dick's honorable discharge. She stood by her husband's side and supported him throughout his life.

Several years after her high school graduation, Wilma was hired by Wrangell Institute and worked as a dorm supervisor until its closing. She continued her career in education by working as a G.E.D. tutor until her retirement. A person that never chose to be idle, she worked as a supervisor at Wrangell Seafoods during the summer months.

Wilma left scattered notes often written on pieces of paper found in her Bible and personal journals reflecting her innermost, heartfelt thoughts. A most poignant message she left will be shared later on in the service.

One of Wilma's most humorous and memorable comments when she was frustrated with her children, working a full-time job and running a household with eight children was "balls on a heifer!" Wilma was taken back when one of her daughter's clarified the actual meaning of her frustration expletive. When she realized its actual meaning, her face turned beet red! There was absolutely no cussing in her well-run household. She held to a tradition when well brought up young ladies practiced walking shoulders back and standing up straight. Wilma had her daughters practice walking balancing books on their heads and had them cross their legs at the ankles, not their knees.

She and Dick were very active in the community of Wrangell. They were both civic leaders for many years and made an excellent team publicly and personally. Wilma viewed life honestly and most definitely, not through rose tinted glasses. Wilma faced life head on and was a pillar to her family. She faced hardships with honesty and gained her strength from her faith in God and belief in Jesus Christ as her Lord and savior. She and her best friend Ruby Taylor never waivered in their commitment to help the church grow.

She served on the board of the local Assembly of God Church as a member of the church when it was designated a mission under Brother Gunn. She was the chair and president of various community, regional, state boards and committees. Her last civic, volunteer duty was being elected to Wrangell City Council. She continued to serve even when her health was failing. She was determined to be an advocate for her community and most importantly an example to her children and grandchildren through her actions not words.

She was an excellent mother and neighborhood watch dog - known for her acute sense of hearing, and most famously by family and neighborhood kids for her unusually sensitive sense of smell. When Wrangell had dirt sidewalks and kids played Red Rover, Wilma could literally sniff out mischief! Word of neighborhood naughtiness committed by kids and reported to respective parents traveled faster than the fastest thumb texting. To this day, Wilma's efficiency in disseminating transgressions by the Church Street gang of kids remains a mystery.

She was also an avid hunter and fisherman who loved spending time outdoors. Her annual moose hunting trips to Shakes Cabin on the Stikine River were cherished. She would wake up very early, make herself a pot of coffee, pour a cup and sit on the river bank watching the sunrise. She most assuredly prayed, giving thanks for her life and family as well as for a successful hunt!

Wilma lived as she sincerely believed. She was a strict and loving mother who cherished family and community. In her own words taken from an article published in the Wrangell Sentinel: "I like working with people. I couldn't sit behind a desk. ... I wouldn't be comfortable. It's rewarding to work with people, especially when you have some successes."

Wilma was an elegant, complex, disciplined and committed mother, friend and community member. Most importantly she was beautiful on the inside as well as on the outside.

To her family, friends, and community, I am sure she would say, I hope to see you again in paradise. Brush your teeth, stand up straight, ladies cross your legs at the ankles not your knees, have faith in God and believe in our Lord Jesus Christ.