State spending almost $900,000 a year to keep Malaspina tied to the dock 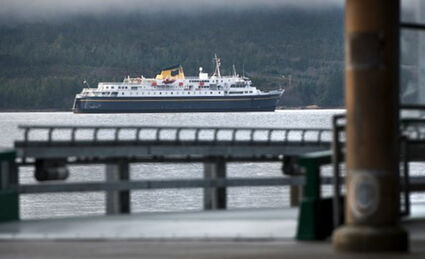 The nearly 60-year-old Malaspina (shown here in Tongass Narrows on Nov. 27, 2018) hasn't carried passengers in almost two years and is costing the state almost $900,000 a year to insure and maintain, tied to a dock in Ketchikan.

The cost of keeping the idled state ferry Malaspina at the dock in Ketchikan is nearly twice as much as reported to the public and state lawmakers. That's according to internal emails obtained by CoastAlaska under state public records law.

It's costing the state almost $900,000 a year to insure and maintain the unused ship.

Gov. Mike Dunleavy's administration has not wanted to invest in the overhaul of the ferry's original engines, and estimates of fixing...