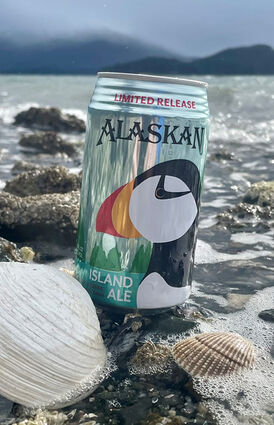 Alaskan Brewing Co. won a craft beer marketing association's platinum Crushie award for the can design of its Island Ale, featuring a puffin.

Juneau-based Alaskan Brewing Co. won a platinum and a gold Crushie - symbolized by a crushed beer can in a raised fist - for two of its designs from the Craft Beer Marketing Awards, an international industry award for art and marketing.

"To us it's a huge honor because we're trying to put art out," said Ryan Lange, the brewery's digital marketing specialist.

The brewery won a gold Crushie for its recently released pilsner and a platinum Crushie for its Island Ale, according to the marketing association news release. The pilsner can art with a Jeep carrying a kayak was designed by a Juneau a...