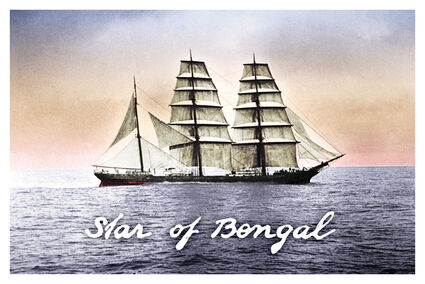 The story of a 1908 shipwreck near Wrangell that killed 111 of the 138 men on board – mostly Asian cannery workers returning home after the salmon season had ended – is narrated by current and former residents in a five-part podcast series that started last week.

Produced by former resident Ronan Rooney, the series will air at 11 a.m. every Thursday in September on KSTK radio, or people can go to Rooney's website wrangellhistoryunlocked.com to hear the episodes. The first episode aired Sept. 1.

The Star of Bengal, a three-mast steamship built in 1874 by the same Irish shipyard that late...