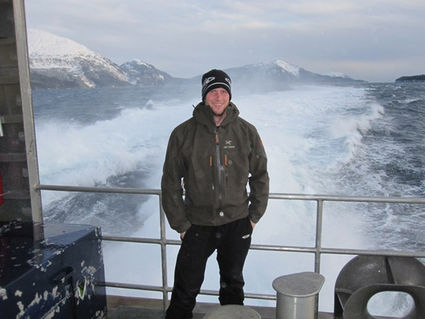 Colin was an experienced hiker, backpacker, and kayaker. He was lost to us on the Katete River on June 22, 2012.

Colin was born in Ketchikan, Alaska on December 17th, 1986. He grew up in Wrangell. He was an avid baseball player throughout elementary school and middle school and was a member of the Wrangell High School’s first baseball team. Colin was always ready for an outdoor adventure. He could be found organizing a hike up to the top of High Island or trying to persuade his friends to go over to Virginia Lake and camp in the midst of winter.

Before high school graduation Colin enlisted in the Army National Guard. At the age of 20 he was off to spend a year in Kuwait and Iraq. While in Kuwait he began to develop a love for long distance running. On his 21st Birthday he ran 21 miles at his base camp and told us he intended to run his age in miles on each birthday for as long as he could. In December of 2011 he turned 25 and ran 25 miles in Wrangell.

Colin loved the outdoors. Whether he was biking, hiking, canoeing, backpacking, or kayaking he was always having the best time of his life. In his lifetime he spent a year in Kuwait and Iraq, made two trips to Europe, and one to Japan. He bicycled alone from Seattle to Los Angeles to Phoenix and on to Salt Lake City, Utah and canoed back to Wrangell from Bellingham with his friend Tai. He was proud of his promotion to the rank of Sergeant in the Army National Guard. He completed multiple classes for the guard, including airborne school to become a paratrooper.

Last winter Colin ran and completed the Susitna 100, this was one of his proudest moments. But he loved the solitude of solo biking and back packing. On his last trip, up into the mountains across the back channel, he would have been thrilled and amazed at the beauty of the country that was his own backyard. He would have stood and gazed in wonder at all the empty country in front of him and we believe his thought would have been: “I may be the first and only person to see this great place!”

A memorial fund has been set up in Colin’s name at the Wells Fargo Bank in Wrangell and donations will be used to set up a scholarship for Wrangell High School graduates.

A remembrance of Colin’s life will be held at Shoemaker Bay Park on Friday, July 6th. Dress casually and join us for hot dogs and hamburgers from 4-6 p.m.