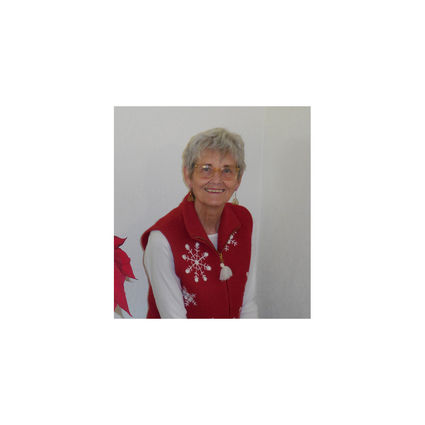 Patricia Ann Roppel passed away peacefully after a short battle with a very aggressive cancer on Tuesday, January 6, 2015 in Bellevue, Washington. Patricia was born in Ellensburg, Washington on April 5, 1938 to Richard and Helen Snowden.

Patricia attended Oregon State University and graduated with a degree in Home Economics. She was a member of Alpha Omicron Pi sorority. She met Frank at Oregon State and they were married and moved to Ketchikan in 1959. They recently celebrated their 55th wedding anniversary. Patricia taught Home Economics at Ketchikan High School from 1959 to 1965.

Pat had a great love and interest in the history of Southeast Alaska as soon as she set foot in the state. Pat's first published article appeared in the Alaska Sportsman in March 1965. Through the next 50 years she wrote 13 books and over 100 historical articles, primarily about Southeast Alaska history. Starting in 1991, Pat wrote a popular weekly column that over the years were published in Prince of Wales Island, Ketchikan, Wrangell and Juneau newspapers, and she was still writing columns this past fall. Two of Pat's books earned her the Alaska Historian of the Year Award, in 1977 and again in 2006. Many of her books were about peoples' use of Alaska's resources, including ones on salmon hatcheries, salmon canning, and mining. Others were about people and places in Southeast Alaska.

Pat's involvement and support of local historical societies and museums started in 1967 when a new Ketchikan museum opened. That same year she joined the recently established Alaska Historical Society and over the years served on its board of directors, was conference program chair in 1984, local society editor for the quarterly newsletter, awards chair-in sum serving the society in many capacities. In 1974 her contributions were recognized with the Beaver Log Award. Pat regularly attended and presented papers at the annual meetings held around the state. Pat was the keynote speaker at the 2000 annual meeting of the Alaska Historical Society and Museums Alaska in Ketchikan where she spoke to a standing room only crowd and received a standing ovation upon completion of her talk about the town she had lived in for many years, its history and its efforts to preserve that history. She wrote several articles for the Alaska Historical Society's scholarly journal and reviewed books for it. After she moved to Wrangell she wrote a newsletter for the Friends of the Wrangell Museum as a fundraiser, and it won the Alaska Historical Society's Newsletter Award in 2007. She was a regular and important contributor to the Southeast Alaska newsmagazine "New Alaskan" and was also assigned to cover non-historical articles during the quarter century it was published.

In 1975 Governor Hammond appointed Pat to the newly created Alaska Historical Commission that advised the Governor and Legislature and oversaw writing a high school Alaska history textbook. She served three terms on the commission, until 1983. Governor Hickel appointed her to the Alaska Humanities Forum in 1991 and she served on it until 1996. Governor Murkowski appointed her to again serve on the Alaska Historical Commission in 2003. She was a member of the commission at the time of her death. From 2006-08 Pat was Vice-Chair of the Commission and ably conducted meetings.

On hearing of Pat's death, colleagues repeatedly cited her encouragement of them, and her generous assistance to them and countless others. Pat reviewed their articles, edited manuscripts, prepared indexes, helped locate photographs, but most of all answered countless questions. When she lived in Ketchikan, Sitka and Wrangell she helped the local museums mount exhibits and she recruited speakers for programs-sometimes donating airplane miles and frequently hosting out-of-town speakers. Alaska historians have the highest respect for Pat citing her integrity; and all are thankful for the huge volume of her work. Her books and articles will be used and referenced by historians, museum staff, and writers for many, many years.

Patricia was one of the founding board members of Southern Southeast Regional Aquaculture (SSRA).

Pat and Frank moved from Ketchikan to Sitka in 1983 and then to Wrangell in 1992 where they continue to reside. She loved being out on their boat Twinkle and riding motorbikes on the logging roads around Southeast Alaska. She loved to explore old cannery sites that she had researched. She was an avid cross-country skier, pond ice skater and outdoors woman.

Patricia enjoyed traveling the world with her granddaughter Samantha, family members and friends. She traveled to exotic places like Patagonia, Iceland, Mongolia, Roatan, Japan, Nepal, and Jordan among many others.

In lieu of flowers, please send a book (new or gently used, any genre) in her memory to Coffman Cove Library, PO Box 181350, Coffman Cove, AK 99918 A celebration of life will be held this summer in Wrangell.