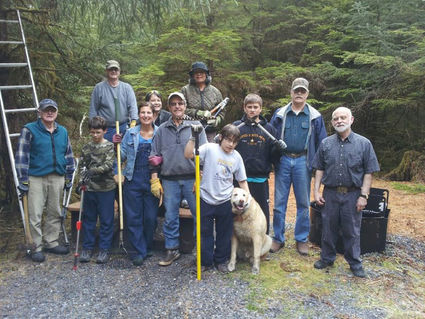 Volunteers with Wrangell's Lions Club chapter and local Boy Scout Troop 40 team up in 2013 to clear brush from the Pats Lake camping area. Both organizations will be disbanded by the summer for lack of membership.

After 48 years of service to the community, Wrangell's chapter of the Lions Club will be wrapping up its operations this summer.

Perhaps best known for its collection and refurbishment of glasses, the Lions Club is an organization based around the premise of community service, which takes on different forms as needed from one to the next. Over the last half century, Wrangell's chapter has supported a wide range of programs, such as the annual food bas...