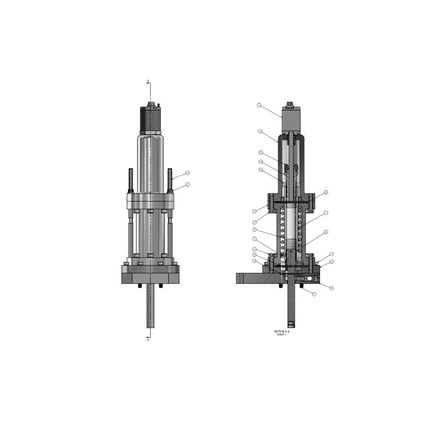 A needle position feedback assembly prototype has been ordered for a test run in one of the Tyee Lake hydropower facility's two turbines. Sitting on top of the turbine nozzle restoring mechanism's control head, it reports the position of each nozzle via a sensor.

A prototype component to the turbines at Tyee Lake's hydroelectric facility will be put into use this summer.

The needle position feedback assembly sits atop the control head of the turbine nozzle restoring mechanism, and is a critical part in controlling the amount of water directed into the turbine runner. This in turn controls the speed of th...