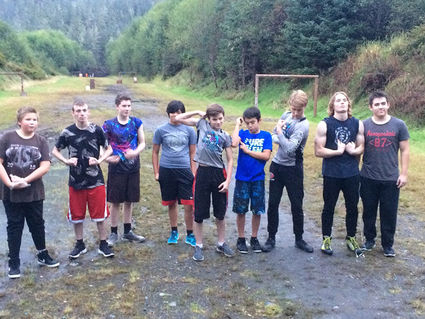 Wolves Wrestling began its impending season with a community service project, cleaning up the firing range off of Spur Road.

"It was really a mess," recalled Jeff Rooney, the team's coach.

An assortment of junk and debris had accumulated around the site, including small plastics, glass, and "rotten stuff from the last 15 years," added Jack Carney, assistant coach.

As in past years, Wrangell High School is encouraging its students to take an active role in bettering the community. One way to do this is through the various extracurricular programs, which are being encouraged to arrange at lea...