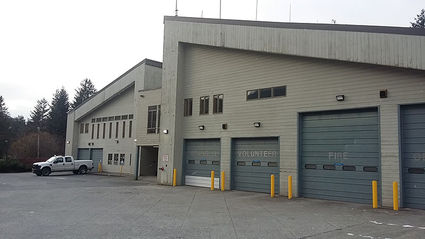 The Public Safety Building at the start of Zimovia Highway is in critical need of repair, with seepage and leaks from the roof and siding causing a whole bevy of problems. On Monday the Alaska Court System announced it would be closing its offices there for the foreseeable future, until air quality issues related to a decayed wall are resolved.

Until further notice is given, the clerical offices and courtroom at the Wrangell Public Safety Building have been closed down temporarily.

The closure began Monday morning, with the Alaska Court System citing air quality concerns for staff using the premises. The space is rented from the city, which maintains the entire facility and surrounding property.

"We've got some water issues that need to be addressed," explained Neil Nesheim, area court administrator for the First District Court.

He said ACS was also arranging to have a contractor on site "as soon as possible," and the court office...