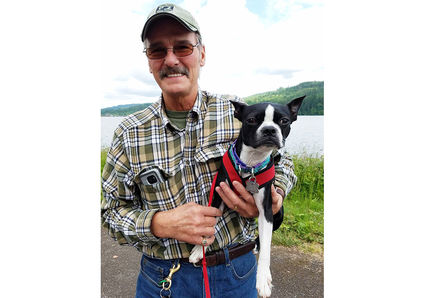 Michael Dwayne Kagee, 60, of San Tan Valley, Arizona, passed away unexpectedly on May 2, 2018.

He was born on December 22, 1957 in Lebanon, Oregon. He recently moved to the San Tan Valley, but lived most of his life in Alaska. He was an avid outdoorsman, who enjoyed hunting, fishing, spending time with his family and beloved boxers.

He was a loving husband, a father and son, a devoted family man as well as an United States Navy Veteran. He served ten years in the military, four years stationed on the U.S.S. Simon Lake during his tour of duty; It was at that time he fell in love with ships and boats. After he was honorably discharged, he spent six years as a Navy Reservist.

His special talent and passion was repairing and restoring wooden boats. He eventually achieved the title of Master Shipwright. His dedication to this passion made him a favorite among the townspeople of Wrangell, Alaska where he spent many years repairing and maintaining the fishing fleets.

He was preceded in death by son, Michael Kagee Jr. of Wrangell.

A memorial service will be held on May 10 at the National Memorial Cemetery Cave Creek, Arizona.