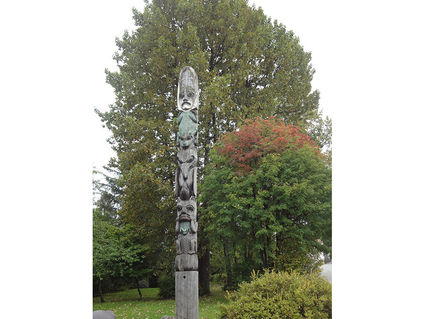 The Kahlteen totem stands at the forefront of Wrangell's Kiks.ádi Totem Park. Originally the site of the Kiks.ádi clan's Sun House, the property was acquired by Sealaska Corporation and dedicated as a heritage park in 1987. Ownership was returned to the local tribe last month.

In remarks made during the meeting, corporation director Richard Rinehart explained he had recently put forward a proposal to the board to transfer ownership of Kiks.ádi Totem Park to Wrangell Cooperative Association, the community's federally-recognized tribal government.

The Totem Park lies at the bottom of Episcopal Avenue, where it joins with Front Street. Prior to its becoming a park, the proper...