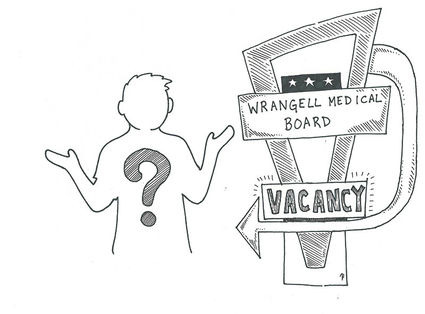 The Wrangell Medical Center Board of Directors met July 18, at city hall for their regularly scheduled meeting. While not initially on the agenda, the board appointed a new president and vice president during this meeting. The issue was raised by board member Don McConachie, who pointed out that having a president was a part of the board's charter. He also said that since the board was trying to find a new member to fill a vacant seat, appointing a new president could help encourage people who wanted to apply but did not want the responsibilities of president. After a brief discussion, Olin...