If a tree falls in the forest... 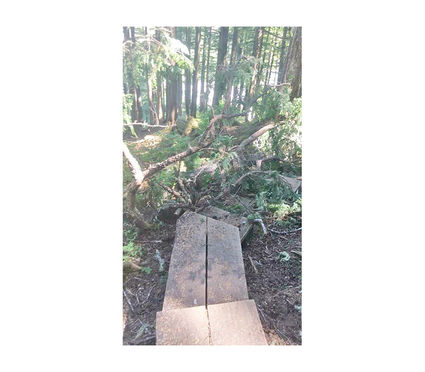 Late last week, a tree collapsed along the Mt. Dewey hiking trail. The public was first made aware about the tree via Facebook by Wrangell resident Karl Torgramsen. According to him, the tree fell near the top of the trail and was difficult to get around.

Kate Thomas, director of the Wrangell Parks and Recreation Department, said that several community members had called to inform them about the tree over the weekend. She added that, as of 9:30 Monday morning, the tree had been removed.

"There was no damage to the trail," she said.

The parks and recreation department can be reached at (907)...