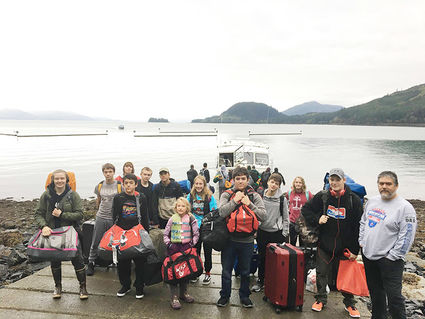 Wrangell's high school wrestling team travelled to Petersburg last weekend to compete in their first tournament of the season.

The Wrangell Wolves school wrestling team recently competed in their first tournament of the season at Petersburg High School Oct. 12 and 13. Wrangell came in third place behind Ketchikan High School and Mt.

Edgecumbe High School. Assistant Coach Jack Carney said he was very proud of the team's performance. Each wrestler made at least one pin during the tournament.

Wrestlers were divided into "round robin" groups of four to five, each representing a different school.

Each wrestler would then fight each other until a winner was decided. Wrestlers Ryan Rooney, Dylan Rooney, Liane Carney, an...