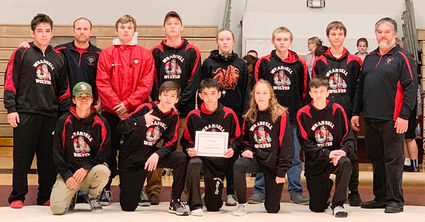 The Wrangell Wolves wrestling team was the 2A champion of the Bill Weiss tournament in Ketchikan this past weekend. The team made 157 points over the weekend, with the second place 2A team being Petersburg, with 100 points. Wrangell took third place in the tournament, overall, but Assistant Coach Jack Carney said it was impressive that they were able to be the 2A champions with such a relatively young team.

"We've only got four returning wrestlers this year," he said. "The rest are freshmen."