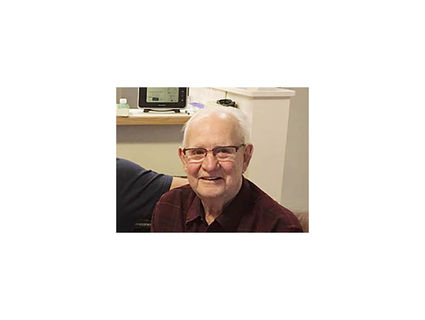 Richard Robert McCormick, "Dick", slipped peacefully from this life on November 6, 2018 at age 89. At the time of his death, he was residing in the Anchorage Pioneers Home and was surrounded by family.

He was born January 06, 1929 in Juneau, Alaska, the son of Richard McCormick II and Kathleen Pellascio. He was raised in Douglas, Alaska with his 3 brothers, Jim, Bob and Tony. He was one of the last graduates from the old Douglas High School. He stayed in contact with childhood chums and schoolmates throughout his life.

He was an outstanding athlete, playing basketball for the University of Alaska in Fairbanks (team captain and most valuable player in 1948) and later for the U.S. Army Alaska team. He was an avid outdoorsman, hunting and fishing well into his 80's. He caught his last King at age 88. Only his wife Paula could out fish him.

He graduated from the University of Alaska in 1950 with a Bachelor of Education degree and received a Master of Education degree from the University of Washington. He put his education to use in Alaska for twenty-eight years as a teacher, coach, principal, and superintendent. His career included teaching and coaching positions in Douglas, Fairbanks and Nome; and as a Principal in Juneau-Douglas and Superintendent in Wrangell. At one time he was also the Mayor of Wrangell. Team members from the various sports he coached over the years maintained contact with him throughout his life and they still call him "Coach". He was inducted into the Alaska High School Hall of Fame in 2009. He is best remembered for coaching the 1959 Lathrop boys basketball team to Alaska's first high school state championship.

He was predeceased by his brothers Jim and Bob McCormick and by his stepson Robert Strasser.

Service and interment will be at the Shrine of St. Therese in Juneau on November 30, 2018 at 2:00 p.m.. A celebration of his life will follow at 5:00 p.m. at the Sand Bar on Industrial Blvd in Juneau.