Lady Wolves return from state tournament, and earthquake, in one piece 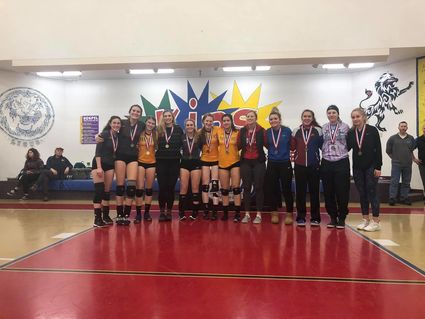 Wrangell volleyball player Helen Decker (fifth from the right) won several individual awards at the state tournament last week, including being named to the state all star tournament.

After a long and hard-fought season, the Lady Wolves came home for the last time this year. After taking second place in Regionals at Metlakatla last November, the high school volleyball team went to Anchorage last week to compete in the state championship. The competition at State was fierce, according to Coach Jessica Whitaker. While the team did not come out of the tournament victorious, she said that she was proud of how her team conducted itself.

The tournament opened on Thursday, Nov. 19. Wrangell played against Chevak, winning three straight sets in a row against them. They played ag...