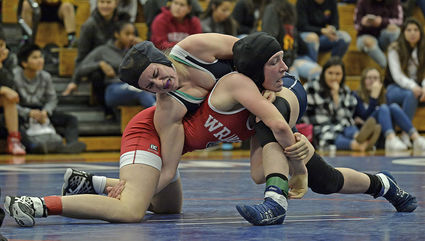 The Wrangell Wolves wrestling team had a good showing at the regional tournament last week in Juneau. Going against 10 other teams in the tournament, Wrangell was able to walk away with a third place finish. They were only 10 points shy of second place, according to Assistant Coach Jack Carney, which went to Craig High School. Mt. Edgecumbe took first place.

Among the team, five wrestlers were able to claim first place in their brackets: Ryan Rooney in the 103 bracket, Jonah Comstock in the 112 bracket, Liana Carney in the 112G bracket, Hunter Wiederspohn in the 152 bracket, and Dillon Roo...