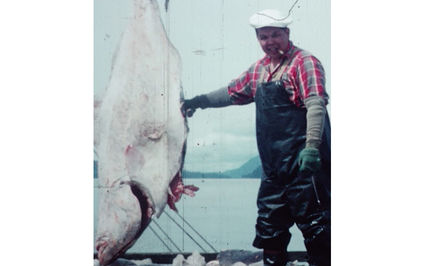 Lawrence Frederick Bahovec, 101, passed away on Dec. 6, 2018 in Seattle, Washington after a brief battle with cancer. His family was by his side.

Lawrence was born on Jan. 4, 1917, in Chicago, Illinois to Edna Bahovec (Kinch), and Frederick Bahovec. He attended the Sheldon Jackson boarding school in Sitka, Alaska, and went on to the University of Washington in Seattle as a young adult.

Upon completion of college, Lawrence returned to Alaska, and along with two others, built a small fishing boat, named the Lalowa. This fueled his love for the water, which led to a lifelong career in fishing. The majority of his work life was completed on a wooden seiner/longliner named the Aurore Marie (now named the Darla R), which is currently still seining out of the Fishermen's Terminal in Seattle, Washington. Alongside his fishing career, Lawrence also bought the Brig Bar (now Rayme's) in the '60's, which he owned for the better part of 50 years.

Lawrence was married to Adele V. Bahovec, who passed away after a complication in surgery in 1972. After spending nearly 10 years as a widower, he finally went on to remarry Sylvia L. Bahovec and remained married to until her death in 2013.

He was preceded in death by step-sons Tom Maxand and Craig Vanvervest.

Lawrence's celebration of life is open to the public, and will be held from 5:30 p.m. – 7:30 p.m. on Jan. 4, 2019, on what would have been his 102nd birthday at the Nolan Center in Wrangell and will be conducted as a potluck-style gathering. Main dishes will be provided, while side dishes, desserts or appetizers are welcome.

The family is asking those of you who share memories with him, big or small, to write down a story to bring to the service. These will be left with the family, and may also be shared during his celebration.