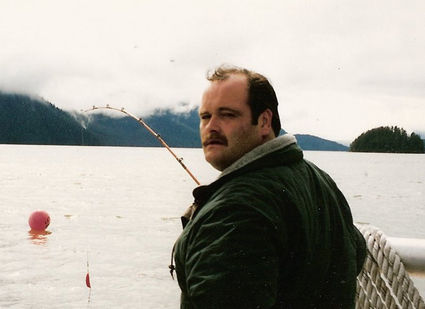 He was born June 29, 1966 in Tacoma, Washington to Mary and Maurice Buness. He moved to Wrangell with his family in 1970 and attended Wrangell public schools.

Buness enjoyed hunting and fishing, spending many hours hunting waterfowl on the Stikine River flats, and even more hours spinning yarns in Hay's cabin. He enjoyed derby fishing and volunteered to serve on and chair the Wrangell Salmon Derby committee. He served on the board of the Stikine Sportsman's Association for many years, including serving as board president.

Moose hunts at Virginia Lake with friends including Levi Dow and the late Bob Prunella became an annual highlight in recent years. He enjoyed cooking and could be counted on to produce a pot of fricasseed duck for nephews after the hunt.

He served as a volunteer fireman and was elected to the City Council. He also was active in the Wrangell Elks Club for many years and served as exalted ruler.

He worked for many years in management at local fish processors, worked at the Wrangell sawmill and worked briefly for Fish and Game.

He was preceded in death by his parents, Maurice and Mary Buness and brother Samuel Buness.

He is survived by sisters Ann Phillips, Kay Jabusch, and Marie Davidson of Wrangell; brothers Scott Buness and Mike Buness of Wrangell, and brother Mark Buness of Juneau; numerous nieces and nephews, grandnieces and grandnephews, and former spouse Cocoa Massin.