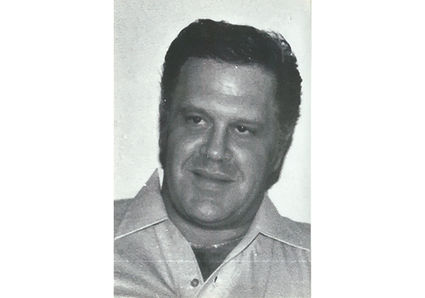 He spent his childhood in Wrangell amongst good friends that he kept for a lifetime. He attended Wrangell High School, was a basketball player, and graduated on May 10, 1957.

He was a talented man, and mastered many skills being especially fond of the maritime industries. His most favorite and memorable was commercial fishing and police work. He owned and captained two of his own boats named the Maryanne and the Barbarian. He spent many years commercial fishing as a boy with his father, and then shared that same experience as a man with his son.

In the early 1960s he joined the Los Angeles police force, then later returned home and became an Alaska State Trooper.

His love for the ocean and fishing lured him back to the sea, where he continued to fish, and ran a seiner for a number of years. He loved to tell stories about commercial fishing for salmon, halibut, and crab.

He also worked construction, milk delivery, and tugboats, was a cold storage engineer and warehouseman, the North Slope, real estate, security, and was a fish tender deckhand. He owned and operated a hardware store in Montana and a bar and restaurant in Colorado, as well as the Huddle Restaurant in Wrangell.

He left fishing for a number of years, but pined for the seas. As a result, he took a position on the Alaska Marine Highway where he made many friendships. He had many stories of his journeys that he shared with his family and friends.

His greatest enjoyment in life was spending time with his loved ones.

A Celebration of Life will be held later this summer.