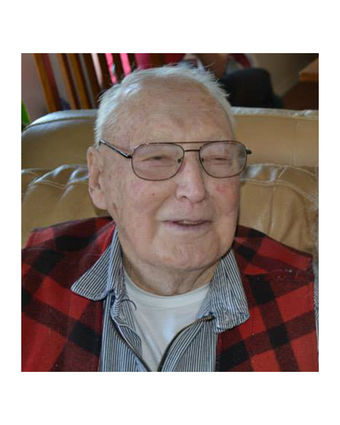 He was born September 30, 1928 in Fall Creek, Oregon, to David and Dorothy Oliver and raised by Dorothy and Lloyd Williams.

On September 29, 1947, Chuck married his high school sweetheart Alice Irene Rice. He attended Oregon State University before joining the U.S. Army and served during the Korean conflict. He was honorably discharged as a First Lieutenant.

He returned to Oregon where he and Alice started a logging company. For the next 20 years he logged all over the state, at one point becoming the second largest logging company in the state of Oregon. They also started a family and raised two daughters and three sons.

In June of 1974, he moved his family to Wrangell, Alaska where he logged for Alaska Lumber & Pulp. In 1975 he started a logging competition for the local loggers over the 4th of July. Now known as the "Chuck Oliver Logging Show" this competition has continued over the years and has become an integral part of the Wrangell 4th of July celebration.

In the early 1990s he began working for Alaska Pulp Corporation (APC) as the timber and construction division and log yard supervisor. He developed and implemented the method of using wood waste as fill material building roads and pads, including the Shoemaker RV Park and the Point Nemo road and campground. He also used this technique to build the recreation/track field, the shooting range off Ishiyama Dr. and the Muskeg Meadows Golf Course.

After retiring at the age of 72 from APC, Chuck and Alice sold their home in Wrangell and moved to Wasilla, Alaska, where he remained until his passing.

A memorial service will be held Sunday, March 30 at 2:00 p.m. at Valley Funeral Home, 151 E Herning Ave. Wasilla, Alaska with a reception immediately following the service at the Oliver residence. For directions call Randy Oliver at 907-470-4888.