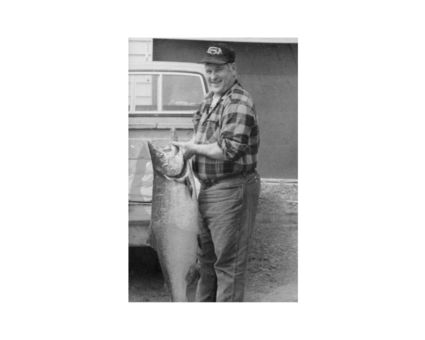 Charles "Charlie" Marvin Wills, 77, a long time resident of Ketchikan, Alaska passed away on March 25, 2019, near Redding, California. He was born on June 29, 1941, in Medford, Oregon to Marvin and Freda Wills. Before arriving in Alaska in 1954, Charlie traveled with his family throughout the western states as his father was a horse trader with the traveling rodeos. When the family first moved to Alaska, they home-

steaded on the Unuk River before settling in Ketchikan.

Charlie has worn many hats throughout his life, including own- ing the diner, Chuck's Wagon in Wrangell, working on construc- tion jobs including the Alaska Pipeline and the building of the Ketchikan Airport runway. In 1977 he bought the F/V Puffin and for the remainder of his life worked the various fish industries, including seining, crabbing, herring and long-lining. He also used

Charlie was an avid outdoors man and spent some of his happi-est days up on the Unuk and Stikine Rivers. He loved the times he was able to pheasant hunt in Kansas and enjoyed his many moose hunts. Spending time with his family, playing cards and cribbage, listening to music, and telling stories (tall tales) about his many adventures also brought him joy. He was a life long member of the Moose and was an active member with the Elks club in Wrangell.

There will be a Celebration of Life for Charlie on Saturday, April 13th begining at 3 p.m. at the Ketchikan Moose Lodge. The fam- ily asks that in liew of flowers that contributions be made to either the Ketchikan Volunteer Rescue Squad or the First City Council on Cancer in his name.