Bears come out strong in first games of the season, Rays and Sharks showing improvement 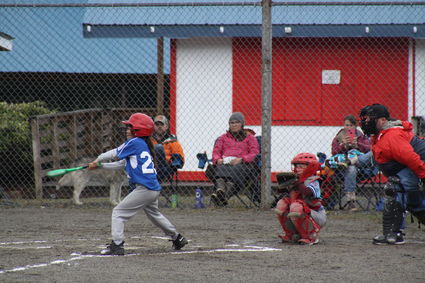 Sharks player Kourtney Johnson (No. 26) taking a swing at Friday's game against the Bears. After their loss last week, the Sharks are currently 0-2 in the minor league division.

The Rays and the Sharks, both a part of the Wrangell Little League's minor league division, had their first game of the season on April 30. The game went heavily in the Rays' favor and they won the game with a score of 8-1.

Tawney Crowley, coach for the Rays, said it was a good game for her team for a number of reasons. One of their players, Kiara Lyons,

got to play in the catcher position for the first time, and she did a great job. The Rays also made four home runs that game, the first of which was made by Zander Bartlett. All in all, Crowley said that the game was very exciting and hig...