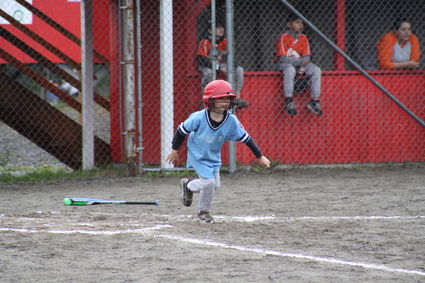 Bears player Carter Cummings (No. 40) running to first base after hitting a single. The Bears continued their winning streak last week, now 5-0 for the season.

After two more wins, the Bears continued their winning streak last week. The Bears claimed wins against the Wrangell Little League's other two minor league teams last week. They are now 5-0 for the season.