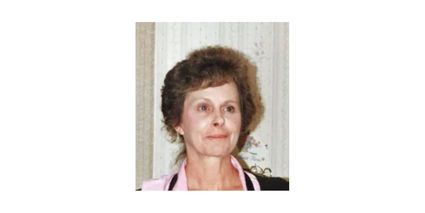 She was born in Portland, Maine and moved to Sacramento, California at the age of 13. Judy graduated Hiram W. Johnson High School and attended Sacramento Community College.

After marrying Dan, she moved to Thorne Bay, Alaska to work and raise a family. During her time in Thorne Bay, Judy worked her way from bull cook, cleaning bunkhouses, to second cook. Judy also was a co-owner in Clear Cut Market and served on the Southeast Island School Board (1981-1984). When the work in Thorne Bay slowed down, she continued to work in cookhouses throughout Southeast Alaska and Afognak eventually moving into the role of head cook. From 2005 to 2014, Judy worked for Boyer Towing at the Cove Hotel as the manager and head cook at Ward Cove. She retired in 2014 and moved to Juneau to be closer to family.

She was preceded in death by her mother, Evelyn, and father, Paul.

In lieu of flowers, the family asks for donations to be made on Judy's behalf to your local chapter of Big Brothers, Big Sisters or to the American Lung Association.