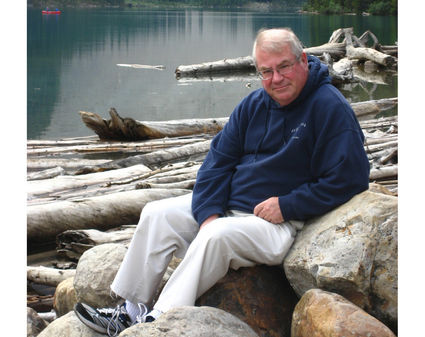 Michael Patrick Nash, 68, of Wrangell, Alaska passed away on July 11, 2019 in a plane crash on Judy Hill near Ketchikan, Alaska.

Michael was born to Albert and Priscilla Nash and grew up in Friday Harbor, Washington along with his six siblings. It was there he fell in love with airplanes and flying, a love that never wavered throughout his lifetime. At age 16 he baled hay for the summer in order to earn enough money to buy his first airplane. As a young man he struggled between wanting to serve God by becoming a priest or becoming a pilot. Eventually he did both, flying to smaller Alaskan communities to preach the gospel, and soon became known as the "Flying Priest."

After 25 years of service Michael stepped down from the priesthood. He realized that many people he spoke with as a priest had more legal problems than spiritual so what better way to continue to help people than by becoming an attorney. He enrolled in the Creighton University School of Law in Omaha, Nebraska in 2003. Because of a job offer in 2007, he applied to and passed the bar in Iowa. In 2008 he was admitted into the Alaska bar and moved his law practice in 2011 to the state that had captivated his heart years before. Michael was very generous with his time and often took clients Pro Bono. Helping people was always his number one priority. It was at the Wrangell court where he met his future wife, Leanna. They were married on August 16, 2014.

He was preceded in death by his parents Albert and Priscilla Nash, and brother-in-Law Robert Strasser.

A funeral will be held at noon on August 16, 2019 at the St. Rose of Lima Catholic Church in Wrangell, with a reception to follow.