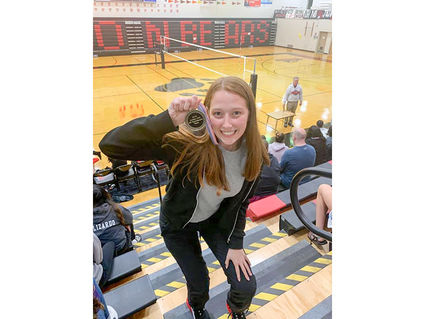 Volleyball player Kaylyn Easterly was named to the all academic team and the all tournament team at JIVE last weekend, according to Coach Alyssa Allen. Wrangell saw their volleyball team win several games at the tournament, and Allen said she was proud of how hard the team worked.

Invitational Volleyball Extravaganza. The tournament, taking place on Oct. 11 and 12, saw six teams from across Southeast Alaska compete. The Lady Wolves, saw several wins and losses through the tournament, but Coach Alyssa Allen said she was very proud of how they performed.