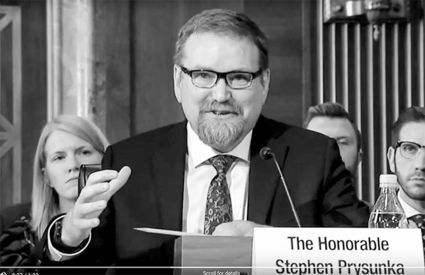 Mayor Steve Prysunka travelled to Washington D.C. last week to speak before the Senate Committee on Energy and National Resources. He was invited to speak on behalf of the National Association of Counties, an organization that works to advocate county priorities in federal policymaking. Prysunka spoke last Thursday, Nov. 21, on the importance of the Payment In Lieu of Taxes (PILT) Program and Secure Rural Schools (SRS) funds.

"We're somewhat unique because we're actually the third largest city in the United States by area," Prysunka said to the Wrangell Sentinel, prior to his trip. "But by...