Basketball season just around the corner 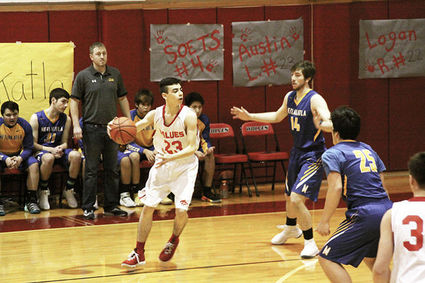 Basketball season opens Dec. 4 for Wrangell's boys and girls basketball teams. While the teams are yet to meet for practice, both head coaches are optimistic about the coming season. A common theme between the coaches is the emphasis on promoting teamwork amongst their players.

The Lady Wolves had an exceptional season last year. After going 11-3 in their regular season, they took their first regional championship in 25 years. They then went to State, where their season came to an end after two narrow losses to Deanna High School and Unalaska. Coach Laurie Brown said that they had three sen...