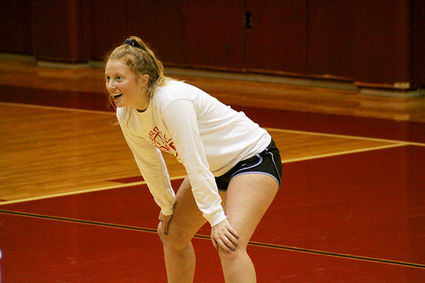 Helen Decker was one of the younger players on the alumni team in last week's volleyball game. She graduated from Wrangell High School last year.

The Lady Wolves volleyball team hosted an alumni game last Monday, Dec. 23. The volleyball team officially ended their season back in November after competing in regionals. The alumni game is a longstanding tradition for the team to close out the year, testing their skills against former players and other community volunteers.

The evening opened with a hard fight by both teams. In the first game, the alumni team managed to take an early lead, but were quickly passed by the Lady Wolves. The game was marked by both teams staying neck-and-neck with their scores up until the very end. The game...