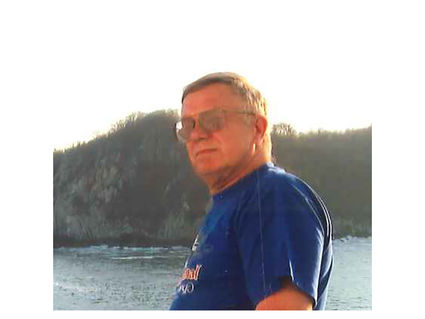 He was born in Wrangell on January 2, 1939 to John and Gertrude (Gerty) Maxand.

He graduated from Wrangell High School in 1956 and was accepted to a college in California, but stayed in Wrangell for his younger brother and sisters when their mother passed away.

John married Lynn (Jabusch) in 1961 and raised their son Jim in Wrangell. John was active in the community as a member of the Elks Lodge; Past President of the Pioneers of Alaska; served seven years on the Wrangell School Board; coached and aided with youth sports; played town team basketball and was inducted in the Gold Medal Basketball Hall of Fame. He spent 38 years with the Volunteer Fire Department, working as an EMT and as assistant fire chief under Gordon Buness.

Over the years, John enjoyed running the river, duck hunting and cabin time among many other activities.

John worked many jobs growing up. As a teen he built fish pens and worked them, he was a member of the 503 Engineers Union, worked for Fickeisen Construction, operated the Standard Oil bulk plant, and worked as a sawmill purchasing agent. His last job prior to retirement was maintenance at Evergreen Elementary School.

He was preceded in death by his parents and brothers Tom Maxand and Bob Maxand.

In lieu of flowers, donations can be made to the Wrangell Volunteer Fire Department, Box 794, Wrangell, Alaska 99929.

A celebration of life will be announced in the near future.