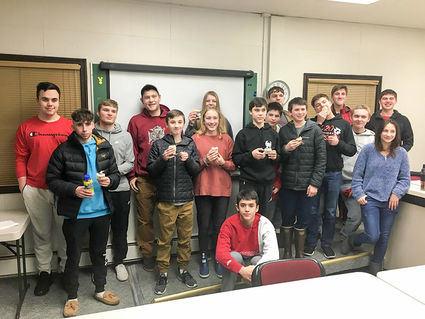 During the previous assembly meeting, on Jan. 14, the Wrangell Wolves wrestling team was recognized. Among several accomplishments this season, the Wolves claimed the 2A regional championship for the sixth time in their school's history, and also achieved the regional team sportsmanship award. Eleven members of the team qualified for the state tournament this year, and six of them came home with placement medals. During the season, several wrestlers earned individual recognition: Liana Carney, Ryan Rooney, Jamie Early, and Hunter Wiederspohn won individual titles in regionals. Hunter and Ro...