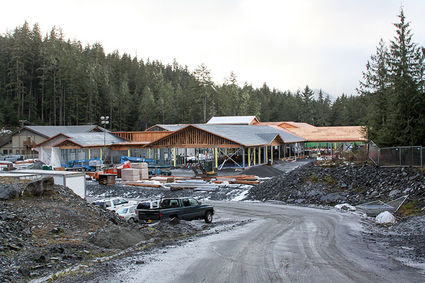 Despite recent bad weather in January delaying some aspects of the project, construction of the new Wrangell Medical Center continues to move along on schedule with the grand opening anticipated to be in early 2021. Exterior work is expected to be finished sometime in March, when work on the inside of the hospital will begin.

Construction of the new Wrangell Medical Center, next to the AICS Clinic on Wood Street, has continued in spite of bad weather in recent weeks, and according to a press release from the Southeast Alaska Regional Health Consortium, things are on track for a grand opening in early 2021.

According to SEARHC's press release, concrete slabs are complete in the first four quadrants of the construction. However, cold temperatures forced continued concrete work to be put on hold. Mike Pountney, SEARHC construction and engineering manager, said that the concrete slabs will be complete by the third w...