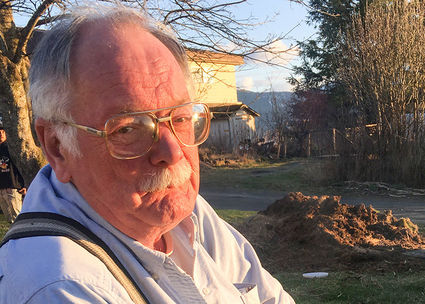 Most obituaries began with death but this talks about how Robert R. Armstrong lived: A man known for his quick wit, steadfast sayings and dedication to work.

Whether building a rock wall with the excavator or solving complex heating, plumbing or electrical issues there wasn't anything Rob couldn't fix.

He could tell you stories of building hydroelectric projects in Southeast Alaska, he worked on nearly all of them.

One of his greatest strengths was making do with what you have, instilled at a young age; he had early memories of straightening rusty nails for future projects.

His father Robert "Curly" Armstrong was a master builder and carried the frugal spirit passing it on to future generations. The apartment complex "Curlyville" carries his nickname given due to his curly hair and enthusiastic attitude.

His mother Annie Armstrong was known for her gardening, frugal attitude and strong demeanor.

On February 6, 1951 Robert Armstrong was born in Wrangell. As a boy he helped out the family rental business, long lined for halibut out of a skiff and enjoyed the freedoms of small-town Alaska life.

He graduated from Wrangell High School in 1969 and studied architecture at Whitworth College skills which he used his entire life, building models of houses, drafting designs for cabins, rentals and all things house related.

Wrangell was always his home base, traveling all over Alaska to work on construction projects he enjoyed the serenity of sunsets the "magic moment" as he would call it; is, a moment of silence, as the sun dips behind the horizon. In his later years, he would sit on the back porch, sip a beverage, while watching the magic moment of a Stikine River sunset.

Known for his generosity, Rob's kindness was cherished by all of his friends and family. He was also a wealth of knowledge having earned a degree in Paralegal studies in 1992. He worked on legislation to protect parental rights and was an advocate for individual freedoms.

He passed away peacefully on January 26, 2020 after suffering a major stroke while working.

Rob did not want to have a funeral; a celebration of life will be held in June 2020.

In lieu of donations share a good story and a toast to a good man.